This song was imagined from the mind of Nellie Talbot. Unfortunately, there is very little known about her- I was able to find very limited information on her. There were some possibilities of where she lived her life in the census. I did find a genealogy site that said her full name was Ellen Winnifred Talbot and she was born in October 1871. Another site said that she died in March 31, 1959 and her parents were Joseph and Mary Talbot. What is generally known is that she lived in Missouri and at one point, she wanted to come up with some new material for her Sunday School class that she taught at church. She could only think of nature and wrote this song about Christ and sunbeams. 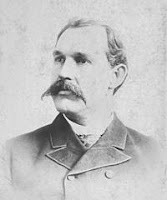 In 1900, Edwin Othello Excell wrote music to go with her words and the song as we know it was born. He was born in December of 1851 and he died in 1921 in Chicago where he was buried. He was the son of a German pastor and he began his adult life as a bricklayer. His love of music was such a vital part of his joy and life and so he traveled to Chicago to study. He went on to start singing schools and expanded his work in religious song and study. He wrote over 2000 religious songs and pursued music publishing for most of his life. He is well known for his arrangement of “Amazing Grace” in his published hymnals and for his editing and publishing skills.

This song has been used by many Christian denominations since it was written and set to music. I learned it in Sunday School when I was a child in the Mormon church. Others have written online about learning this song in many different protestant churches. And, because it has had such a wide audience, it has made its rounds through not only Christian churches, but parodies and pop musicians. This hymn was referenced in a song called “Alibi” that was performed by Elvis Costello. The first parody of the song that I could find was sung in 1987 by a Scottish Alternative band called The Vaselines. Later the group changed their parody and renamed it “Jesus Doesn’t Want Me For A Sunbeam”. In 1992, the latter parody was released by Nirvana and before the band broke up, they released two additional versions of this parody. Another parody was published on the web in 2006 called “Allah Wants Me for a Jihadist” and is sung to the same tune.

This song has a long history in the Mormon church. The Mormon Tabernacle Choir has released a version of this song and the LDS church has many online resources that parents can use to work with this song- including a Primary Song video and coloring pages. It has been published as a book by author Hans Wilhelm and LDS apostle mentioned in the October 2009 conference that this song is one that he “really loves.” This song is also listed as #12 on the Official All Time Favorite Primary Songs list in the LDS Museum of Church History and Art in Salt Lake City, Utah. This song or theme (Jesus Wants Me for a Sunbeam) is heavily marketed and can be purchased on pillowcases, shirts, stickers, rubber stamps, thongs and more. (yes… thongs. Can you say too much marketing?) This song was recently released by the music group Juice on a movie soundtrack for the film “The Home Teachers”. However, it would be a mistake to forget that this song is not an originally ‘Mormon’ song and to lose sight of the message that this song gives not only to other Mormons, but to the outside religious world at large. After Prop 8 in California, a group sponsored a contest for slogans to protest outside of the Salt Lake Temple. One of the most popular slogan was- Jesus wants me for a Sunbeam, why don't you? Love is always the answer.

This song is one of the first primary songs I ever remember learning and it was the second one that I taught my own child. What does this song mean to you? What memories does it conjure up in your mind? If you are not LDS, please tell me your experiences with this song.
Posted by Badgerdown at 7:54 PM